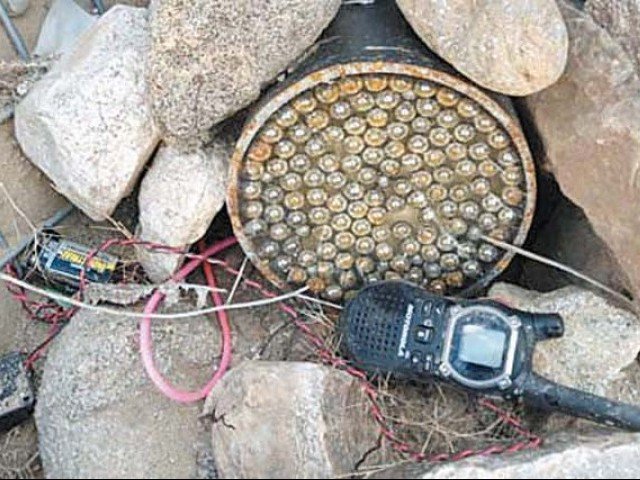 IED and VBIED are the largest cause of Coalition injury at current time, and the largest threat that coalition forces face. An IED can be almost anything with any type of material and initiator. And vehicles of every imaginable sort can become a vehicle borne IED. Vigilance in performing your duties and ensuring there is 360 degree security are keys to not becoming a statistic to the IED threat.

The main lesson of this card is identification, the main instruction is to CALL EOD – Do Not Be A Bloody HERO.

I have been to at least 2 – okay exactly 2 homeland security terrorism courses where the cadre hid IEDs among the injured and my fellow classmates recognized the bombs but were so dedicated to solving the problem that they kept working that they refused to acknowledge the devices.  I like to pass a test as much as anyone, but if I see a bomb I’m getting away.

Which, incidentally, is how you pass a course on dealing with terrorism – if you see something, say something….

Luckily we don’t have a large problem with IED and VBIED being used as terrorist devices here in America.  I beleive that is because our military are keeping the bomb makers busy in their towns instead of letting them come to ours.

You may have a different viewpoint, but regardless, these devices kill and they do it in a horrible and cowardly way, and we are lucky we don’t have to deal with this threat in our homeland.