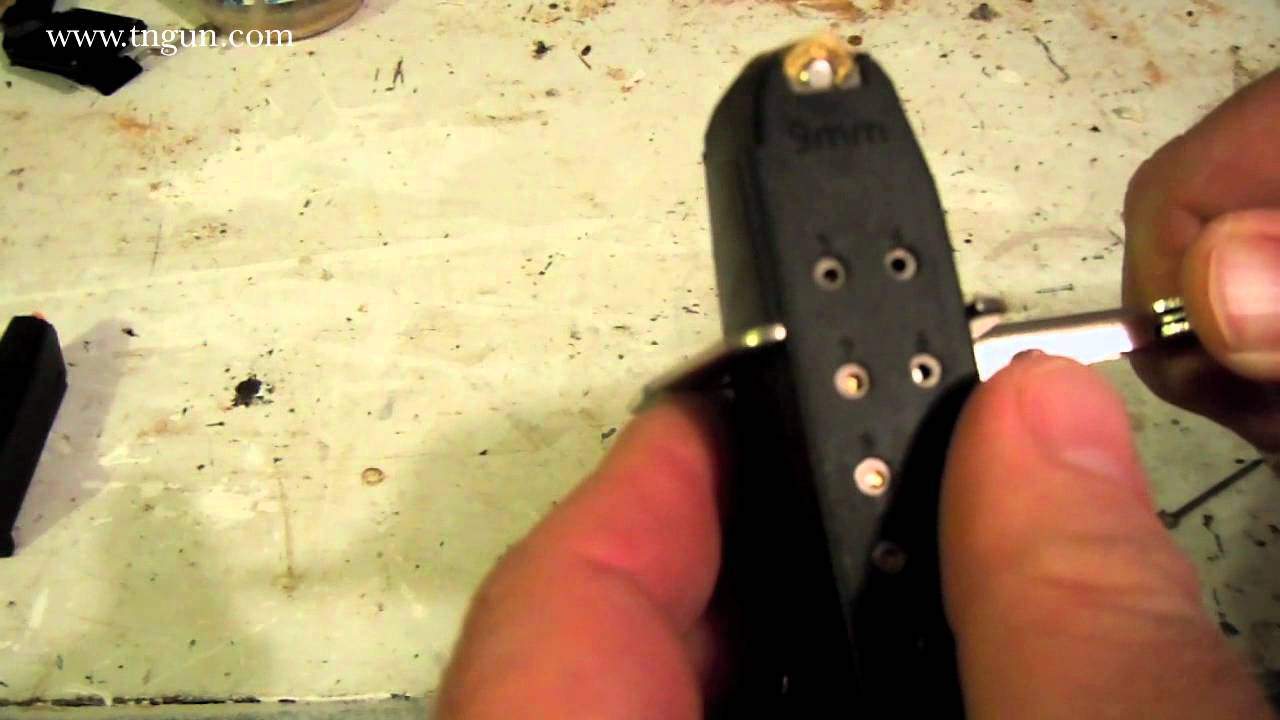 Firearm magazines are the weakest link in the gun reliability formula. Watch for magazine wear and when you see it you know they need to be replaced.

In the video below we take a set of calipers to show how a magazine flexes as it is loaded and unloaded. This shows that there is a potential for fatigue.

I know that as I started in firearms I was taught that spring wear meant that I should not keep magazines fully loaded for long term. This translated to my having two sets of magazines and quarterly I would rotate my mags.

However, after talking to people that make magazines for a living, I was told that it is not the compression that causes magazine wear, but the repeated compression and decompression of the springs. I have heard of 1911 mags being found loaded, and that after 40 years of loaded storage functioning properly.

Just something to think about, and you may want to consider having some new mags stored or at least some new springs and followers because if the mags do not function then all you have is an awkwardly loading single shot.

*Update:  At the current time, the rush to buy guns is low because we have a R in the White House.  Now is the time to buy all the gun stuff.  Buy now, stack deep.