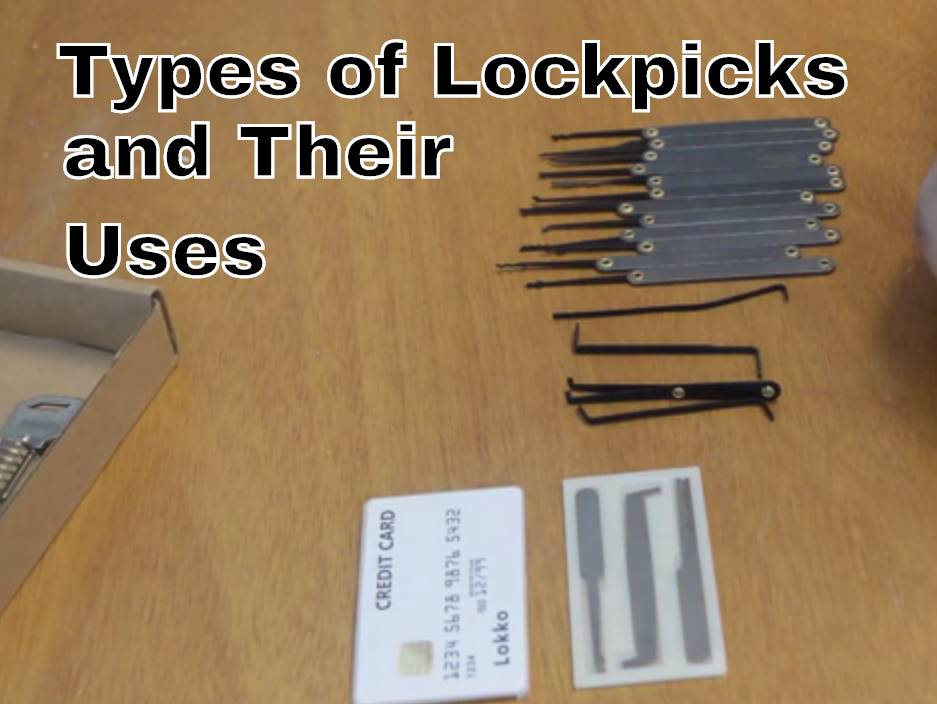 In this post my locksport subject matter expert talks about the different types of kockpicks and the 4 basic essential picks and how they are used.  We were using the picks found in a basic beginner lockpick kit.

In order of use Julian suggests:

I tend to not use a skyline pick, mostly I just use a snake and a feeler.

A skyline pick is named because the wavy top edge looks similar to a city skyline.  It’s suggested method of use is to see-saw it up and down to move the pins up and down.

If that fails to open the lock, then a snake (aka worm) is used to wiggle around in the lock.  Now, in my lesser degree of skill, I normally just push the snake pick in and out of the lock until a cheap master-lock gives way.  This does not tend to work well on higher quality locks.

Next, a diamond shaped pick is used to zip all the pins.  It is pressed all the way into the lock and then ripped streight out of the lock lifting all the pins quickly one at a time.

Lastly, a feeler pick is used to  individually manipulate each pin.  For those with the touch and enough practice, this one is probably the most useful.  However, I don’t practice enough to use this one all that often.